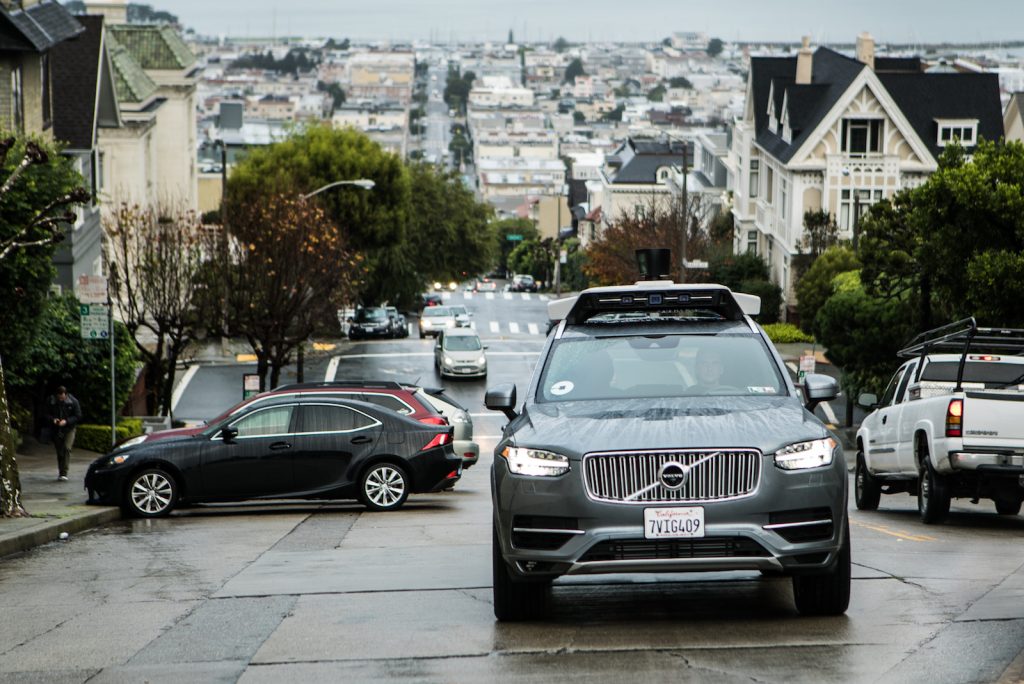 Uber, the popular ride-hailing startup, shared a grip of new financial metrics with Bloomberg today. The numbers indicate that the company is still growing at an impressive pace, and that despite staggering losses may be getting a handle on its cash burn.

The companys numbers have leaked in various quantities before, but todays disclosure is a welcome dose of sunlight. That Uber is releasing financial figures at this juncture is perhaps not surprising. The first quarter has concluded, and Uber has come under intense fire in the public realm for a broken culture, petulant leadership and an executive exodus. Also, its chief U.S. rival, Lyft, recently raised $600 million at a newly expanded valuation.

Uber, presumably, hopes that by releasing its revenue growth figures it can change the narrative concerning its business. The company, for some time, was known best as a disruptive startup busy setting records for growth. Its leadership would likely welcome a return to the prior storyline.

Today were going to walk through the numbers together. First, well lay out the facts. Following, well figure out what it all means.

Uber had gross bookings of $20 billion, according to information shared with Bloomberg. Of that $20 billion, Uber counted $6.5 billion as net (GAAP) revenue. That works out to a cut of just under a third of all money flowing through Ubers platform.

Uber lost 5 percent more in the fourth quarter of 2016 compared to the third. The firm lost $991 million in the final period of last year, according to Bloomberg, implying a loss of around $943 million in the third quarter.

The company lost an adjusted $2.8 billion in 2016. That figure rises to a $3.8 billion tally when losses related to Ubers Chinese operation are included, according to a Bloomberg estimate. (Those results compare to loss of at least $2 billion in 2015, according to a previous Bloomberg report). Both figures do not account for employee stock compensation, certain real-estate investments, automobile purchases and other expenses, according to Bloomberg.

Those stiff losses are countered in part by rapid revenue growth.

Why? According to Bloomberg, it boils down to what counts as net revenue:

Revenue includes only the portion Uber takes from fares, except in the case of its carpooling service; the company counts the entire amount of an UberPool fare as revenue. The more Ubers business shifts to the multi-passenger service, the faster revenue grows.

That lessens how impressive Ubers topline result for 2016 is, perhaps. And it certainly shifts how we might consider the companys fourth-quarter growth. The delta between bookings and revenue growth is worth consideration.

Finally, the company has $7 billion in cash and access to billions more in credit according to the same report. Uber is no immediate risk of running short of funds.

It is not a surprise that Uber loses money. The company is large enough that drips of its financial performance have been slipping through the cracks for some time.

However, that Uber is losing just under $1 billion on an adjusted basis per quarter is notable. Thats a staggering pace of burn, especially when you mentally adjust it to fully account for Ubers cost profile.

Uber has previously had little to no issue raising capital to fuel its continuing operations and growth; however, given the taint of scandal currently swirling around the firm, and its continued losses despite its age, valuation and time-in-market, private investors could be less interested.

It isnt hard to understand questions that new or potentially recurring investors might ask: Given that UberPOOL revenue is counted differently than traditional Uberx revenue, should we trust your non-GAAP revenue over the GAAP result? That would put Uber in the tough position of arguing that investors should only pay attention to its GAAP revenue, and its non-GAAP losses, while investors might have an inclination to the opposite, focusing instead on the companys more modest non-GAAP revenues and its larger GAAP losses.

All that sums to a murky ask: What is Ubers path to profitability?

Corrections and caveats aside, Ubers adjusted operating margin dramatically improved in the fourth quarter compared to the third. Its GAAP revenue grew 74 percent while its adjusted losses grew a mild 5 percent. That means its ratio of top to (negative) bottom lines got better.

That is the sort of improvement that quickly growing, but yet-unprofitable companies like to show investors as they discuss their future. No company expects to lose money forever. Uber most certainly does not. Short-term losses for long-term profits are always the goal for well-funded, growth-oriented companies.

That clarifies our question about Ubers path to profits as more a timing question: How quickly can Uber get to profitability?

It will depend on a host of factors, including the companys ride-expense outflow. Uber currently provides some drivers with incentives to drive a certain amount in a set timeframe, for example.

Why is Uber sharing this?

This time Uber gave the financials to Bloomberg, a contrast from the many unauthorized leaks. It seems that they are trying to generate some favorable publicity at a time when the conversations around the company have been anything but.

Like many private companies, Uber generally likes to keep its business closely guarded. But CEO Travis Kalanick takes it a step further, repeatedly downplaying his interest in a future IPO, saying last year it would be as late as humanly possible.

Yet, as evident by the latest financials, Uber is losing a lot of money. That means it is very reliant on investors to keep giving it more.

Thus far, Uber has had success in attracting a long list of investors to add to its coffers, valuing the company at a massive $68 billion, making it by far the largest venture-backed company.

But the price is getting pretty steep and investors may be increasingly skeptical at Ubers growth prospects. Venture investors are often aiming for 3x results within a decade, and with growing competition and a company culture rocked by scandals, its hard to make the case that the company will triple.

So going public would be one way that the company could continue to raise money. Its also a way to keep employees happy, by providing them with some liquidity.

Perhaps this Bloomberg exclusive is a way to test the waters and see how the public reacts, but its likely just an attempt to thwart its growing cadre of naysayers.

What we still dont know

While there have been financial leaks from different periods in time, we are lacking a clear picture of Ubers revenue growth quarter-by-quarter and year-over-year.

And the way they account for UberPOOLrevenue is murky. It would be helpful more detail about what percentage of this is paid to drivers.

Weve posted contribution margins, which shows the revenue-cost breakdown of their primary ridesharing business, but we have yet to get the full account of Ubers other endeavors.

UberEATS, its food-delivery business, has expanded to dozens of cities throughout the world. Based on a report from The Information last year, UberEATS was forecast to contribute $100 million in net revenue, but also contribute to more than $100 million in additional losses for 2017, due to the costs of incentivizing drivers to participate in this newer service.

Uber is growing, but so are losses, albeit at a slower pace than the revenue gains. The company is clearly hoping to get away with the Amazon model of reinvesting in growth, but eventually Uber is going to have to demonstrate to investors, public or private, that it knows how to make money.