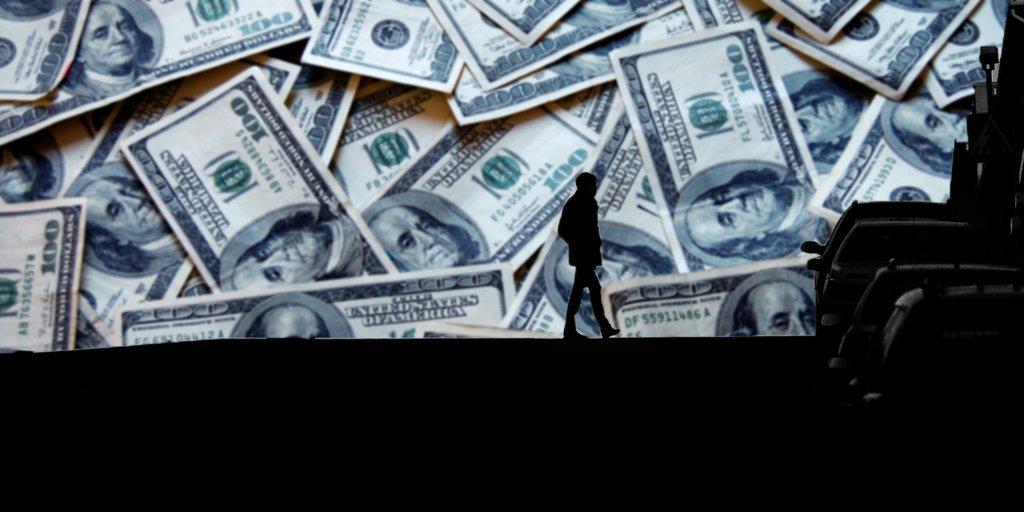 This new app will pay you to go on a walk

To get your hands on Bitcoin, you need a computer with some considerable processing power to mine the cryptocurrency for you. Bitwalking has a different approach for distributing its virtual cash: Just put one foot in front of the other.

The idea behind Bitwalking is harnessing human movement. It tracks stepsjust like a standard fitness tracker or pedometerbut with a different outcome. As your steps rack up, so does your money. The smartphone app keeps a counter of currency along with distance traveled so users can see cents stacking up through the day.

As the money comes in, Bitwalking takes on an additional role as a digital wallet, storing the Bitwalking dollars (BW$) and allowing users to partake in transactionsbe it sending some of the custom cryptocurrency to friends or cashing it in on the app’s marketplace.

Andrew Whyte, a spokesperson for Bitwalking, told the Daily Dot the team behind the app believes “everyone should have the ability, and freedom, to make money.”

The concept has been in development since since 2014, with a mission to make walking worth something. “It doesn’t matter who you are or where you are, a step is worth the same value. What matters is how much you walk,” Whyte said.

Bitwalking insists that it isn’t simply dangling cash as a motivator to get people to walk more, nor is it just creating a “points system” for rewards or trying to “gamify” walking. What it has created is a legitimate cryptocurrency that is generated through movement; the app is just the platform for collecting it.

“At the heart of Bitwalking is allowing everyone to generate their own money by walking. The added benefits of this mining processincluding healthier lifestyles and cleaner environmentsare certainly welcome,” Whyte said.

According to the BBC, Bitwalking has already attracted the attention of Japanese investors, who have infused the platform with more than $10 million to help create the currency and the accompanying bank that handles transactions.

It’s tempting to draw comparisons between current king of cryptocurrency Bitcoin and Bitwalking dollars. (One could even say they invite the comparison by using the “bit” moniker.) Whyte explained that he and his team “align with Bitcoin-related technologies and the vision of modernizing the world economy. Blockchain technology, for example, is used to secure Bitwalking transactions. “

Despite sharing a similar vision, the currencies are still completely separate from one another; Bitcoins are generated by computer power, Bitwalking dollars by human power. That basic difference changes a considerable amount about the currencies, because while Bitcoin creates increasingly complex equations that have to be cracked by computers, Bitwalking is capped primarily by physical limitations.

For the time being, it takes 10,000 steps to generate one BW$. While there is an artificial cap placed on earnings at three BW$ per day, the 30,000 steps (about 15 miles) threshold isn’t likely to be passed by the majority of peoplethough running is tallied by the app, so a marathoner could reach the limit and keep going. Whyte said that will direct the amount of BW$ in circulation.

Unlike Bitcoin, which exchanges at more than $450 USD for one BTC, Bitwalking Dollars is linked to USD; one BW$ is equivalent to $1 USD. “This value will fluctuate as the Bitwalking economy grows, within reason to our central management,” Whyte explained. He also said that users would be able convert BW$ to fiat currencies, or currencies with no intrinsic value. Once that process begins, an exchange rate will become more clear.

That cash can be used in a variety of ways once it’s in the wallet of the walkers. Within the app, Bitwalking offers a marketplace of curated goods that can be snapped up for BW$ or USD. Going forward, the company hopes BW$ will take form as a currency that is accepted at retailers and other locations. Whyte said Bitwalking is working on partnerships with “sports brands, fitness technologies, health clubs, and insurance companies” to help legitimize the currency.

One of the more interesting aspects of Bitwalking is its potential to be utilized in developing markets. Because it doesn’t require an overclocked processor working day and night, just an increasingly affordable smartphone to passively count steps while a person goes about their day, it presents a possibility to generate additional income without extra effort.

According to a Pew Research poll conducted earlier this year, nearly 25 percent of people in emerging and developing countries have smartphones, a figure that has risen considerably over the last few years. Young people in particular are much more likely to own an Internet-capable device, making Bitwalking a tempting prospect.

If Bitwalking can make its way onto fitness trackers or pedometersdevices that can penetrate a developing market at an even lower cost than a smartphoneit could create a secondary economy for those with the technology and access to utilize it.

The app is still in its early stages, releasing only a handful of invitations to the platform at a time. With an entire economy functioning within the app, volatility among the currency and scarcity of products that can actually be bought present concern. But the ambition behind it seems plentiful, the intent noble, and the method intuitive.

H/T OddityCentral |Photo via laprimadonna/Flickr (CC BY 2.0) and Jericho/Wikipedia (CC BY 3.0) | Remix by Fernando Alfonso III