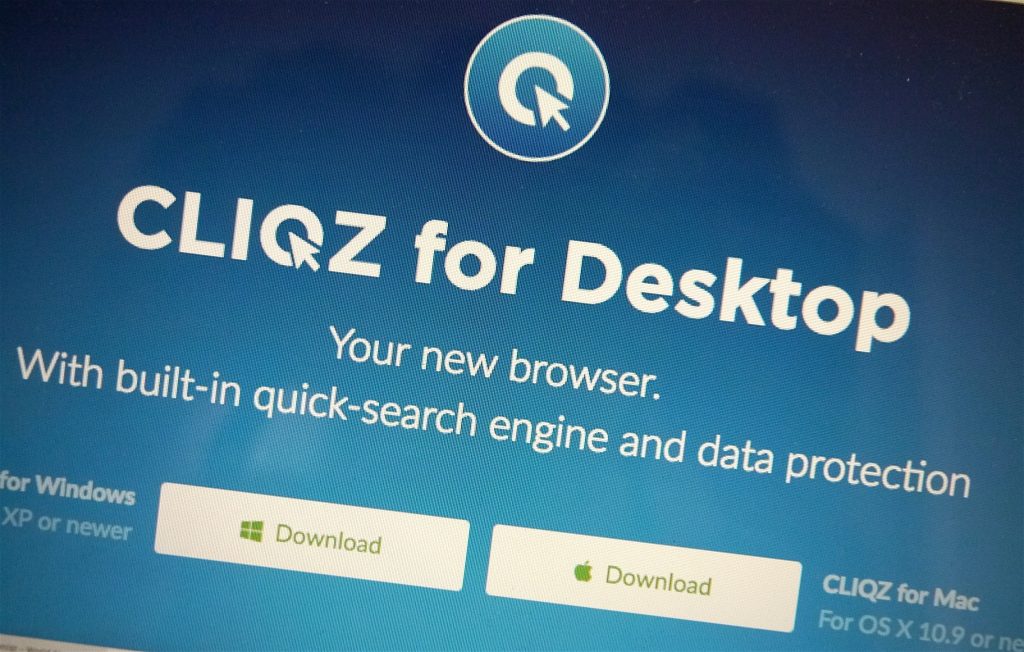 Mozilla has invested inCliqz, an anti-tracking browser with a pro-privacy built-in quick search feature. The startupcurrently targets web users in German-speaking countries where it has amassed more than 1 million active users on desktop and mobile for its Firefox-based browser and browser extension, since beingfoundedback in 2008.

Cliqz founder and CEOJean-Paul Schmetz tellsTechCrunchthe planis to take Cliqzto other countries in future although he did not specify a timeframe for that expansion. He also wasntcommenting in more detailon the aims of the Mozilla partnership, at this stage.

The size of Mozillasinvestment is not being disclosed either but the pairsaid todaythat itbecomes a strategic minority investor. The Munich-based startup has beenmajority-owned by international media and techcompany Hubert Burda Media since 2013.

The Cliqz browser, which is also available as an extension for Mozillas Firefox browser, has its own search index which the startup says sets itapart from pro-privacy rival DuckDuckGo, for example.

Schmetz argues that pro-privacy browsers that dont have their own index another example isU.K. startup Oscobo, which licenses search results from Bing/Yahoo are likely to be passing users IP addresses to the search providers when they send queries. Making them rather less private, given how IP addresses can be used to track individuals web usage.

Cliqz has also built its ownanti-tracking technology whichdoes not rely on block-lists(as a servicelikeDisconnectdoes), but rather works by community consensus filtering of unsafe content.

Another flagship feature for Cliqz isa built-in quick search which lets users search directly in the browser so they dont need to detour to a separate search engine, as they put it. Its not a fully fledged page of detailed search results but returns a selection of suggested websites with Cliqz arguing it is useful for navigation searches, which of course make up the vast majority of search clicks.

If for example Cliqz users would like to carry out extensive research, they can easily forward their search to the additional search engine within the browser. They then only need to use search engine results (leaving data and seeing adverts in the process) if they really need them,adds Cliqzs Thomas Konrad.

The Cliqzsearch engine isfed by user data to improve its recommendations. However it says community contributions to itsweb stats havetechnically guaranteed anonymity notingits claims can be audited via third parties thanks to anopen source code base.

The Cliqz browser for Mac and Windows launched in March this year, andis built on Mozillas open source Firefox framework. Its also available on mobile, as an iOS or Android app. The Cliqz Firefox extension launched earlier, in June 2014.

So how does a browser that does not harvest and track user data propose to make money? By alsokeepingmonetization effortslocal to the users device via a Cliqz Offers app, currently in the works, with a push rather than pull structurefor sending relevant offers out to users.

The Offersappworks by analysing browser data (such as browsing history) to detect a users interests but doingso locally, on their device. TheCliqz Offers serverbroadcasts all offers available and each users Offers app only pulls in what is relevant for them. The browser then displays the offer, so Cliqz says this privacy-by-designstructuremeans that no interest signal or other data will ever leave the browser.

The communication between the Cliqz Offers Application and the Cliqz Offers Server doesnt contain any personal or personally identifiable information and is routed via a proxy server to guarantee anonymity, addsKonrad. Personal data stay where they belong: on the device, in the ownership and under the full control of the user. With Cliqz Offers, Cliqz will prove that targeting users by their interests is not in contradiction to privacy and that a free product is possible without exploiting personal data.

Our business model does not need tracking because we are on the users device and their intents/interests remain there. The advantage of the browser is that it doesnt need to track server-side, notesSchmetz.

Mozilla is the ideal company for Cliqz to work with because we both believe in an open Internet where people have control over their data. Data and search are our core competencies and it makes us proud to contribute our search and privacy technologies to the Mozilla ecosystem, he adds in a statement.

Also commenting in the investment in a statement, Mozilla SVP Mark Mayo added: Mozilla is excited to work with Cliqz because we see how their products align with the Mozilla mission. We are proud to help advance the privacy-focused innovation from Cliqz through this strategic investment in their company.