While conventional zoos have moved to enclosures for animals for at least part of the day, animals at some roadside zoos can spend their entire lives in a cage 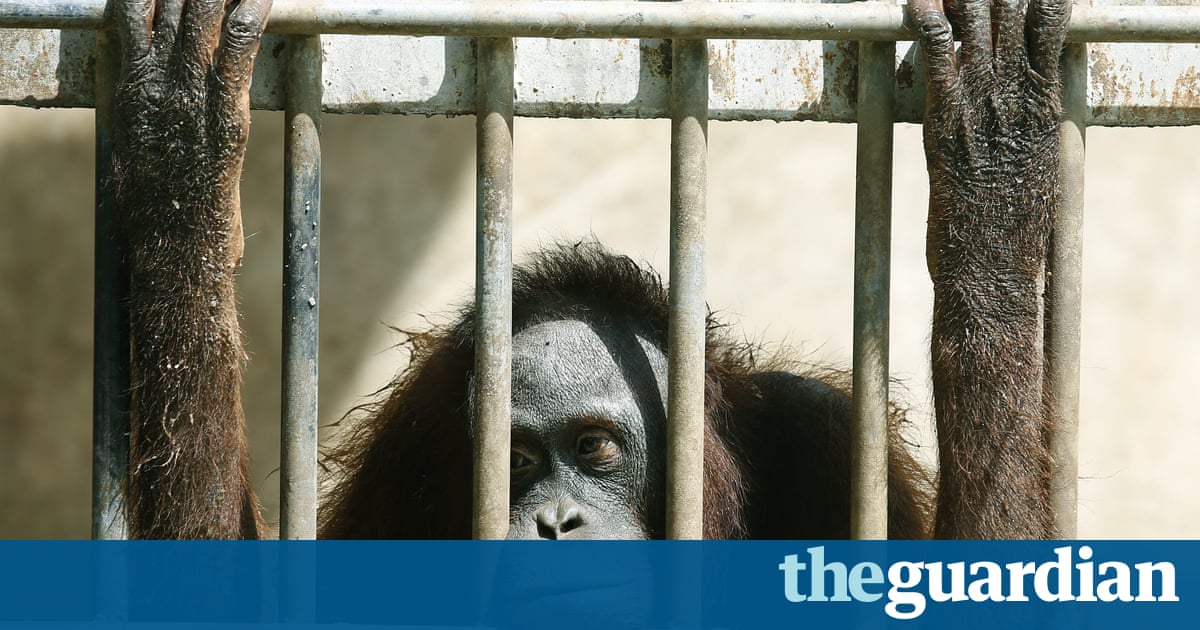 I have driven by many roadside zoos in my time, but have never stopped at one. It seemed unlikely they could be any less depressing than a conventional zoo in fact, it seemed likely that they could be even more depressing.

Roadside zoos generally provide less enrichment for the animals and less education for their public. While conventional zoos have moved to enclosures for animals for at least part of the day, animals at some roadside zoos can spend their entire lives in a cage. The difference between the two is not euphemistic. At a roadside zoo, a single chimpanzee might live its entire life behind bars on concrete. Half a dozen wolves pace a cage smaller than a studio apartment. Tigers might appear to be surrounded by trees, but there are no trees in their cages they are only a backdrop used to trick the tourist into thinking that the animals live out their lives in a space that is as wooded and lush as the one the tourists are visiting. Roadside zoos are, in many ways, the way conventional zoos used to be before zoo visitors demanded more.

In 2012, a group of organizations the Humane Society of the United States, World Wildlife Fund, Detroit Zoological Society, International Fund for Animal Welfare, Born Free USA, Big Cat Rescue, Fund for Animals and Global Federation of Animal Sanctuaries filed a legal petition with the US government to prohibit public contact with big cats, bears and non-human primates. Earlier this year, the US Department of Agriculture (USDA) finally responded with guidance about that makes it clear that exhibitors violate the Animal Welfare Act by allowing members of the public to handle or feed infant exotic cats like tigers, lions, cheetahs, jaguars or leopards. But these groups believe further action beyond just guidance is necessary.

You might have thought that bottle feeding bears, cuddling chimpanzees and swimming with tigers are not things you would be allowed to do, even if you wanted to. But at least 75 roadside zoos in the US sell interactions with dangerous animals, such as tigers, lions, primates and bears.

When I arrived, I was asked if I was part of an animal activist group, and was warned to not talk about in person, internet, mail, fax or in any way about the visit, and to not record video or audio. Is there another family activity that refuses these basic vacation rights? (I cant say which zoo because I signed the nondisclosure agreement sent to me as a condition of my visit. An NDA is required for all visitors.)

In exchange for abiding by the NDA, roadside zoos and their visitors do not need to abide by other rules common at conventional zoos. The main difference, of course, is the possibility to interact with animals, including dangerous ones. Visitors to roadside zoos want to be free to feed, to hold, to snuggle, to smile for $100 photograph but not free enough to get hurt, so the babies of dangerous animals are the moneymakers. At an Idaho roadside zoo, visitors pay $45 to bottle feed baby bears. At a roadside zoo in South Carolina, visitors can cuddle up and get hands on with a baby tiger and a young ape while they sit on [their] lap.

What about swimming? A roadside zoo charges $200 to swim with baby tigers. Even without the swim component, the Humane Society estimates that a single baby tiger can bring in $65,000 in one summer (assuming 30 photo sessions at $50 per photo and five private interactive sessions at $300 per day, as was documented at one roadside zoo in Virginia). Often, the money is in photographs of the tourists interacting with those baby animals, the preservation of the experience being at least as important as the experience itself.

Bad things can happen to humans at zoos, and roadside zoos are no exception. In 2009, a jaguar at a roadside zoo in Maryland attacked a worker and bit her face and torso. In 2015, a black bear in Florida mauled a woman.

But life for the zoo animals is arguably more dangerous. The Animal Welfare Act is the federal law that is supposed to protect these animals from poor living conditions, except that it is too weak and infrequently enforced, with inspectors usually visiting facilities once a year. The law also does not extend to all animals reptiles are exempt, for instance, which explains the reviewer who reported that you can pay $5 at a roadside zoo in Florida to get a photograph with a small alligator with its mouth taped shut.

Although government inspections of roadside zoos are rare and the database of the inspection reports is not easy to search, the evidence suggests widespread negligence and cruelty. A 2014 report from a roadside zoo in Arkansas documented a spider monkey that lost the tips of its fingers and several baboons that lost the ends of their tails, reportedly from frostbite. These sorts of reports seem less about documenting enforcement than about formalizing a record of complacency.

Grittier, long term investigations have been done by civil society groups like the Humane Society, which is probably why some roadside zoos, like the one I visited, have become wary of visitors who are sympathetic toward the animal cause. In 2014, the society placed an undercover worker at Tiger Safari in Tuttle, Oklahoma one of the roadside zoos that offers interactions with dangerous animals, including tiger feedings at birthday parties. A white tiger, Maximus, was born at Tiger Safari that spring. He was quickly taken from his mother and his three littermates were sent to another roadside zoo in South Carolina. When Maximus was three weeks old he became a photo opportunity. According to the Humane Societys report, when he would not cooperate, the white tiger was punched, slapped, dragged, choked, suspended by his legs and tail and tossed into his cage and onto the laps of patrons. Just a year and a half later, in 2016, Maximus died. According to Tiger Safari, he choked on a deer bone.

It is clear that roadside zoos need a major overhaul if they are going to reflect the broader social values about animals in captivity. The Barnum & Bailey Circus recently announced the end of elephants in their shows and SeaWorld is now phasing out the use of captive orca whales in performances. Todays public is too educated about animal behavior to enjoy watching animals perform and also to enjoy feeding desperate babies.

That is why one of the first steps to improving roadside zoos is to ban dangerous interactions at the federal level. These would make these animals less valuable and therefore less likely to be bred, mistreated and commoditized. There is currently a petition under evaluation by the government to amend the Animal Welfare Act Regulations and prohibit public contact with big cats, bears and primates of any age.

Contrary to how it might feel, fondling dangerous animals only accentuates the divide between us and them. Havent we done enough to force that divide already?

That any roadside zoo would ask visitors to choose between advocating for animals and entering their zoo only underlines on which side of the fence I would rather be.