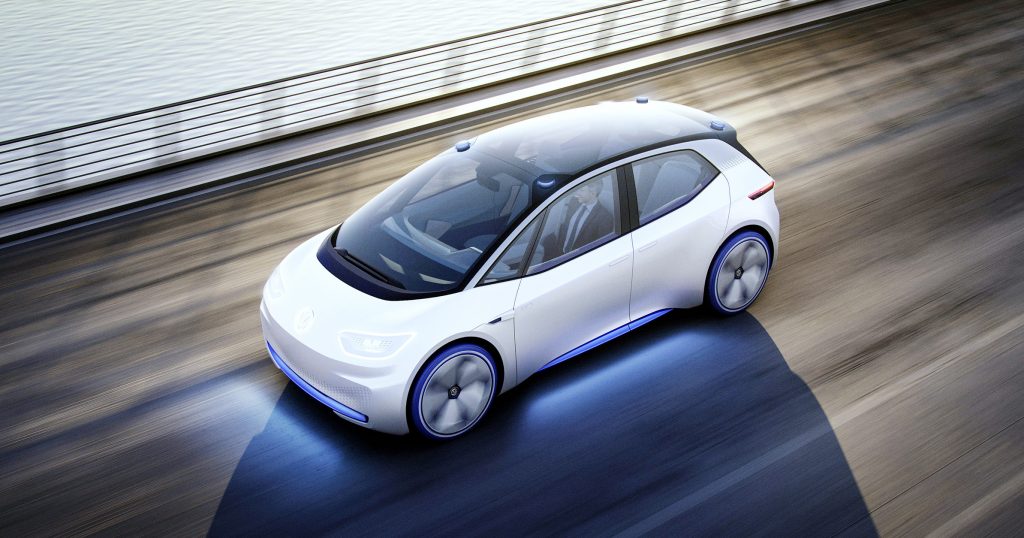 The German Auto Industry Is Finally (Maybe) Done With Gas

Its inevitable: The age of the internal combustion engine is ending. Growing demand for cleaner, greener transport means the fossil-fuel burning powerplants that humanity hasrelied on and refined over the last century are on the way out. But, like so many great dynasties, it’s leaving a power vacuum in its wake. Auto manufacturers the world over are scrambling to figure out whatcomes next.

The best place to find thefuture of the automobile? Its homeland. 130 years after Karl Benz patented a three wheeled vehicle powered by a single cylinder engine, Germany is home to 41 car and engine plants, which make one in every five cars sold worldwide. Cars represent the country’s biggest industry. German giantsBMW, Porsche, Audi, and Mercedes-Benz have changed the shape of the world by exploding gasoline.

Yet last week, the country turned its back on that history. The Bundesrat, which represents German states at the federal level, voted to ban all diesel and gasoline cars by 2030. Yes, in just 14 years, the country wants all new cars to be emissions-free.

OK, it’s a non-binding resolution, and India, the Netherlands, and Norway already have similar proposals on the books. But considering the importance and significance of Germany’sauto industry, it’s the boldest proposal yet.

From the outside, the automakers seem ready for the change.At this year’s Paris Motor Show, Mercedes showed off a battery-powered concept SUV, the first in a coming line of electric cars. Since VW admitted to selling 11 million over-polluting diesel cars, it can’t say enough about EVs. BMW Chairman Harald Krueger said lastweek his company will systematically electrify all its brands and model series, starting with a new Mini-E and an electric X3 crossover. Seems grand, but these promises may be more about buying time than a full scale shift of focus.

“There are people who have a horse in each race, who are talking as much about marketing as they are about technology,” says Brett Smith, who studies advanced powertrain technology at the Center for Automotive Research in Michigan. “Its tough to cut through to what is actually happening.”

“This is a fork in the road,” agrees Mary Gustanski, VP of engineering for Delphi, a major industry supplier that specializes in electrification technologies. “The manufacturers are taking a pause to make sure they select the correct fork.”

Until recently, the diesel engine was the darling of Deutschland.Automakers promoted the energy-rich gasoline alternative as a way to reduce CO2 emissions without changing the internal combustion status quo. European regulators went along, and diesels accounted for half of car sales on the continent.

VW pretty much ruined that arrangement, but tighter EU regulations on NOx emissions and recognition of associated health concerns were already pushing diesels out of favor.

A big part of the problem is that customers aren’t clamoring for electrics. Switching from diesel back to petrol is an easier alternative, particularly while oil prices are low. But regulators around the world are demanding cleaner cars. Europe has set aggressive 2025 targets, China has ambitious 2020 goals, and the US has its increasingly stringent Corporate Average Fuel Economy standards.

Still, there’s the Tesla effect. Elon Musk has made battery power cool, and the big players can’t ignore years of salivating love for the Model S and X, along with 373,000 people plonking down $1,000 to reserve their Model 3—a car that doesn’t even exist yet. For comparison, VW sold 533,000 Golfs in Europe in 2015—the continent’s most popular car.

The mainstream public might not be buying electric cars en masse, but the thought leaders, the hip kids, and the celebrities are. Automakers have recognized they need an electric halo product, so they dont look like theyre being left behind. Witness Porsche’s Mission E, BMW’s i8, and the recently axed Audi R8 e-tron. Those limited-run cars and concepts that might hit the road maybe somedayhelp the industry look “on the case,” but leave it wiggle room if conditions change.

Take the all-electric, autonomous I.D. concept Volkswagen revealed last month in Paris. With blue tires, a disappearing steering wheel, and a price under $30,000, it’s heavy on promise, light on technical detail. VW says it’ll be ready around 2020—so if some breakthrough somehow makes hydrogen-powered cars viable (LOL), the manufacturercould still pivot to embrace fuel cells instead of batteries. Or, you know, quietly drop the whole idea if EVs fall out of fashion and those strict standards get rolled back.

Electrics may work as publicity-driving halo cars—even the $30,000 Chevy Bolt can fit this description—but automakers avoid going all-in on electrics because the profit margins stink. Batteries are expensive, and it’s hard to make money on the things—just ask Tesla.

That, and moving away from internal combustion cars requires major investment. Building a car with any element of electrification requires a new supply chain, or the ability to build components like motors in-house. When BMW talks about electrifying every car, it likely means starting with something like a 48-volt mild hybrid system, which uses a small motor and battery for an efficient power boost. Delphi builds the tech, and Gustanski says manufacturers are keen to get in on the act.

That could always change. Technology advances, and if regulations don’t relent, automakers may have no choice. The internal combustion is fading—but it will breathe oxygen and blow it up a while longer. “The automotive industry is in its hottest phase for 20, 30 or even 40 years,” says BMWs Krueger.

Despite their promises, the automakers are still on the starting blocks. And if they decide on a direction, it’ll be an interesting race to watch.