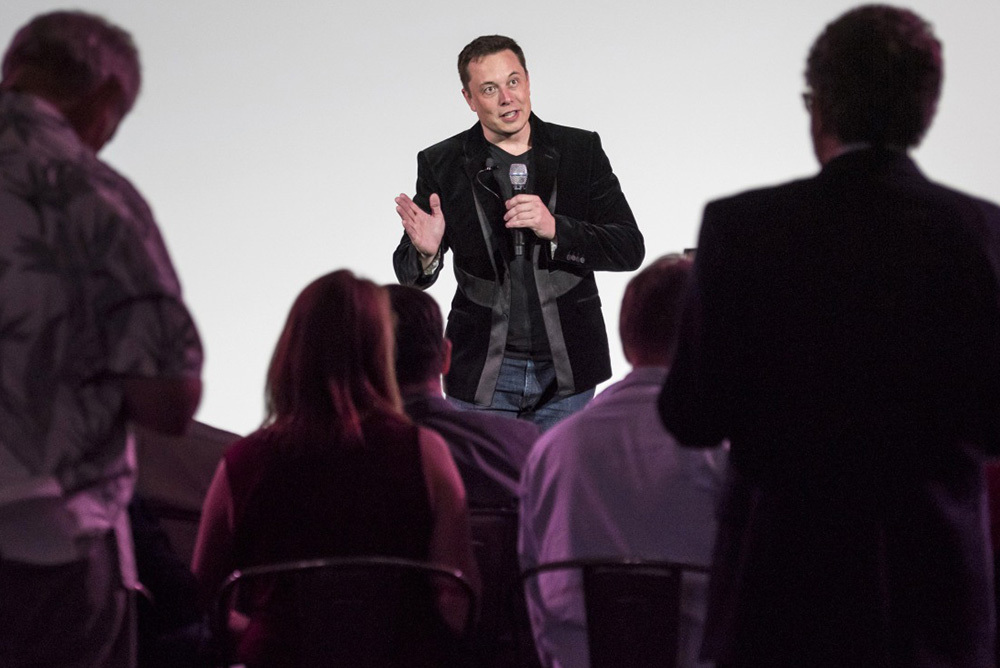 Elon Musk unveiled his master plan for Tesla Motors Inc., delivering a long-term vision that includes making an integrated solar and battery storage system and building a freight truck and a bus. He even has a plan for a ride-sharing business.

Musk delivered the long-awaited plan on the companys website to explain why the integration of Tesla and SolarCity Corp. is necessary and to show his vision for the two companies. He wants to use SolarCity, a rooftop solar panel installer, to generate electricity and charge an expanding range of Tesla models that address personal and public transport as well as cargo shipping.

“There are two other types of electric vehicles needed: heavy-duty trucks and high passenger-density urban transport,” the Tesla chief executive officer said in the blog post, released Wednesday at about 6 p.m. California time. “Both are in the early stages of development and should be ready for unveiling next year.”

Musk reiterated his call for acquiring SolarCity even as he outlined a significant expansion of Teslas products and ambitions for ride-sharing. Besides the Tesla Semi truck and the bus, Musk said the company will continue to pursue self-driving car technology so that Tesla customers will be able to use their cars for ride sharing, “to make money for you when you arent using it.”

Analysts are skeptical about Teslas ability to add more products to its lineup.

As is typical, Elon Musk has laid out a grandiose plan for the future with no timeframes and few specifics, and no mention of how and when Tesla will be profitable, Michelle Krebs, an analyst for Autotrader.com Inc., said in a e-mail. Teslas latest Master Plan includes expanding its electric vehicle product line to cover all major segments, when it hasnt been meeting production targets with the limited product line it has now and in the next couple of years.

Tesla shares plunged more than 10 percent when the SolarCity acquisition proposal was first announced June 21. Analysts criticized the deal, pointing that Musk is the chairman and largest shareholder of both companies.

We believe investors are likely to view this transaction as a bailout for SolarCity and a distraction to Teslas own production hurdles, Oppenheimer & Co. analyst Colin Rusch said in a note after the announcement. Teslas share price has since more than recovered the losses, closing at $228.38 a share Wednesday.

A customer using Teslas Autopilot driver-assist technology was killed in a horrific Florida crash, prompting an investigation by the National Highway Traffic and Safety Administration. The Securities and Exchange Commission may also investigate the company for not disclosing the crash before its secondary stock offering in May, the Wall Street Journal said this month. Musk had a top executive defect to Facebook and missed his last two quarterly sales targets.

Musks call to expand Teslas business beyond passenger cars amid these challenges is the latest brash proposal from an executive known for his unconventional approach to the automotive and energy businesses.

“A bus and a semi-truck: that was a shocking piece to see,” said Dave Sullivan of AutoPacific.”Those segments have traditionally been very difficult segments for electric vehicles. Its a challenge for any company, not just Tesla. And its a significant step away from making passenger vehicles.”

Musk first tweeted that he was working on a master plan July 10. Since then, he has tantalized his more than 4 million Twitter followers with tidbits about his progress and distractions, even joking about smoking crack. “Finishing off the plan while listening to the soundtrack from Gatsby. Seems appropriate,” Musk tweeted Wednesday.

Tesla is best known for the electric cars and energy storage products it builds in factories in Fremont, California and Tilburg, Netherlands. Musk is adding a new battery plant in a partnership with Panasonic, east of Reno, Nevada. The so-called “gigafactory” is key to driving down battery costs for both the forthcoming Model 3 sedan, which is slated to start at $35,000 before incentives, as well as the Tesla Energy line of storage products for homes, businesses and utilities that were announced with great fanfare over a year ago.

Battery cell production at the gigafactory is slated to begin in the fourth quarter. The new Master Plan doesnt specify additional factories but talks about “designing the machine that builds the machine–turning the factory itself into a product.”

In the 10 years since then, Tesla has largely stuck to its plan with the Roadster, the Model S sedan, the Model X sport utility vehicle and the forthcoming, smaller Model 3. Since its 2010 initial public offering, the company has reached a stock market value of more than $30 billion but only reported one quarterly profit and has about $2.5 billion in long-term debt.

How To Give Back To Your Besieged Community – CBS Minnesota