Temple of the Dog: Chris Cornell on the return of the 90s grunge supergroup

They might have existed for less than two weeks but the band, bringing together members of Pearl Jam and Soundgarden, retains a loyal cult following 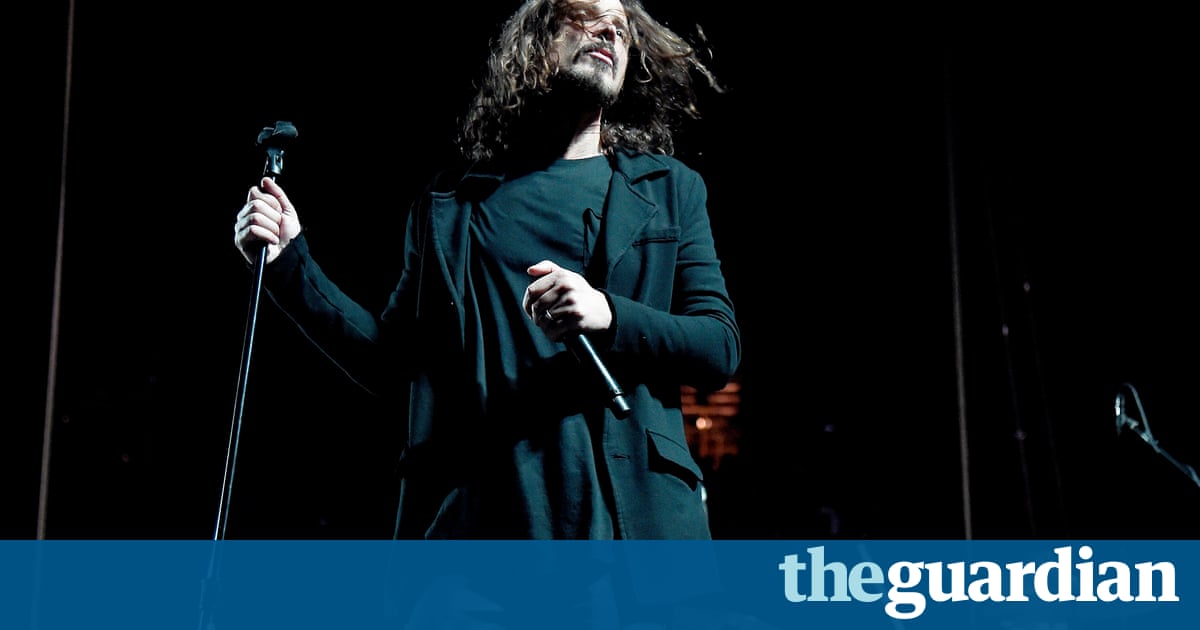 Next week, a band that only existed for 10 days, a quarter century ago, will play some of the most hotly anticipated shows of the year.

On 20 and 21 November, Temple of the Dog will headline the Paramount Theater in Seattle, a city its members transformed into the center of the music universe back in the 90s. Though the reunited Temple which comprises key members of Soundgarden and Pearl Jam already performed in three other cities this month, the Seattle dates will bring a seminal part of rock history back to its origin point. No doubt, theyll also intensify desire for more shows by the band next year in the UK and Europe.

The hard work, of getting into a room and learning to deliver these songs live, weve already done, said frontman Chris Cornell. That makes the idea of adding to that in the future a lot more possible.

Thats especially true because the so-far fleeting tour just eight shows in five US cities was created, in part, to extend the legacy of a musician whos no longer with us. Twenty-five years ago, Cornell conceived Temple of the Dog as a one-off salute to his roommate Andrew Wood, who died of a heroin overdose at age 24 in March 1990. Wood led the promising band Mother Love Bone, which included two members of what would soon morph into Pearl Jam (guitarist Stone Gossard and bassist Jeff Ament). Shaken by Woods death, Cornell, along with Soundgarden drummer Matt Cameron, joined Gossard, Ament and guitarist Mike McCreedy for a project meant to channel their collective grief. We made the album in a really short period of time with almost no money, and without rehearsing, Cornell said. It worked because our hearts were in the right place and there were no expectations.

In fact, Cornell says that when they delivered the Temple album to A&M Records, they seemed to treat it as though it was a vanity project for me.

Back then, Soundgarden were the most promising of the new Seattle bands, but they had yet to sell in significant numbers. Pearl Jam was just solidifying its lineup with the addition of singer Eddie Vedder. Consequently, the Temple album sold a modest 70,000 copies upon its release on 16 April 1991. Over the course of the next year, however, Seattle became musics ground zero, with Soundgarden, Pearl Jam and Nirvana exploding to become the hottest rock bands on the planet. Realizing they had untapped gold, A&M re-issued the Temple album in the summer of 1992. It became a platinum smash, fueled by the single, Hunger Strike, which featured both Cornell and guest Vedder on valiant lead vocals. With its high-drama vocal interplay, Hunger became the Under Pressure of the grunge generation. Due to the sudden heat behind both singers regular bands, however, there was no chance for Temple to stage their own tour. Prior to this months shows, the only performance of their music came during a few scattered Pearl Jam shows, when Cornell came on for cameos.

Vedder has yet to appear with the band on this tour, though the Seattle shows may change that. During the Madison Square Garden date last week, Cornell had the 17,000-person strong crowd sing Vedders parts. It was one of the most emotional moments in the show, Cornell said.

In fact, the whole show runs high with feeling. An image of Andrew Wood appears on the stage, the band cover several of his songs with Mother Love Bone, and the night opens with a recording of Woods piano work. At the Garden, Cornell spoke frequently of the loss to music with Woods passing. Had he lived, I know he would have stood on this stage may times, he said.

In the covers of old Mother songs, Cornell essentially serves as Woods surrogate. Small wonder he refers to the tour as cathartic. Ive always had really difficult time with loss, he said. I didnt deal well with Andys death. After he died, numerous times Id be driving and I would look out the window and I thought I saw him. It would take me five minutes to update to the moment and realize, no, hes actually dead. This tour, in a sense, is the dealing. Its facing the reality.

Awareness of death has a role in other elements of the show. To fill out the long concert, the band has been featuring lots of covers by departed artists, including Harry Nilsson (Jump Into The Fire), Syd Barrett (Baby Lemonade), David Bowie (Quicksand), and fellow Seattle star Layne Stayley (of Alice In Chains and Mad Season, via his song River Of Deceit). Cornell says the band didnt intend to channel so many ghosts. Its just a matter of time and our ages, he said. Time kills a lot of artists we were listening to as kids.

Sub-texturally, the tour also refers to the death of something deeper rock as a commercially dominant form. The 90s Seattle scene, which the show recalls, represents the last time young guitar bands ruled the mainstream. The growing nostalgia for that era among members of Generation X explains the impetuous for the tour. To stoke it, the shows coincide with the release of a greatly expanded version of the original Temple album. Cornell thinks theres something sad about the music industrys reliance on re-selling back catalogue like this in order to survive. Companies figured out that the easiest way to make money was to reissue records that the accounting department had paid for years ago and already made a profit, he said. Every band is fucking doing anniversary projects. Its the punctuation mark at the end of the record industry.

At the same time, the Temple songs represent something in rock history worth commemorating. Before they created the album, Cornell was playing a rougher style of music with Soundgarden. Pearl Jam hadnt even written their first songs yet. The sound Temple created wound up setting the template for the Seattle style that would soon entrance the world. More, the Temple songs now have a new life via the current interpretations. The evolved, live versions of the songs hadnt existed until now, said Cornell. Im finding aspects to the song I never knew existed. Thats the miracle of music. No one can reinterpret a Picasso but a song can be remixed and covered and interpreted in an infinite number of ways. Its a living thing.