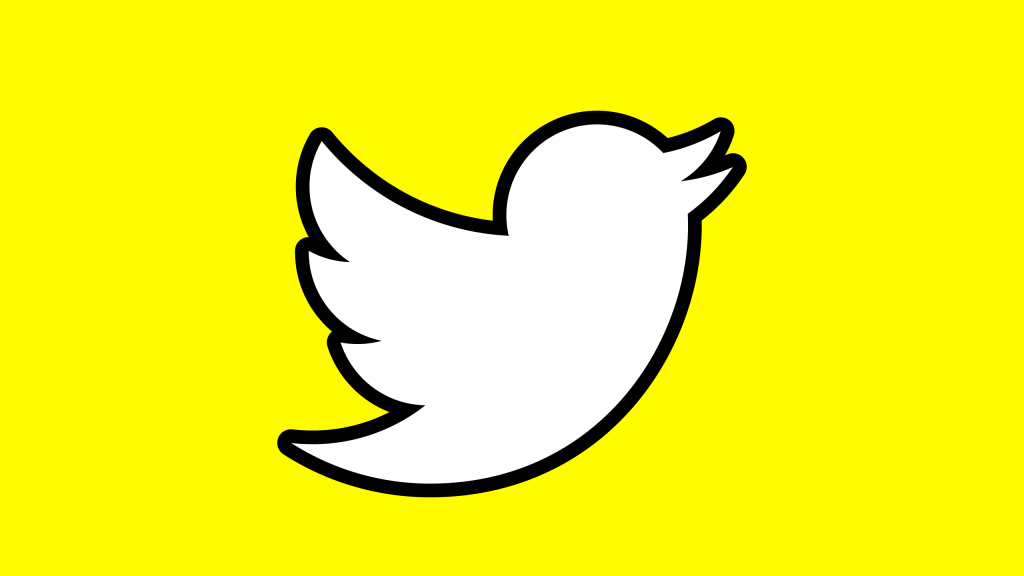 Now that Snap is flush with public dollars, the question becomes: How to spend it?

One suggestion floated as a what if scenario among armchair executives in banking, finance and tech over the weekend is that Snap could make a bid for Twitter.

To be clear, we have not heard any sources tell us that the two companies are in talks. And reached for comment, Snap said BLAH, and Twitter said BLEURGH (actually Snap didnt respond to a request for comment and Twitter declined to comment). But theres more logic than one might think in a potential tie-up.

For starters, Twitter has had a not-so-hidden For Sale sign hanging on its front door for some time. Kara Swisher and Kurt Wagner at Re/code detailed the potential bidders last September. Interested buyers reported throughout the Fall of last year included just about everyone. At a price tag of roughly $18 billion, the deals would have been worth a stiff 60 percent premium to Twitters current valuation.

At one point Apple, Disney, Microsoft, Salesforce and Google were all rumored to be interested in making a bid for Twitters twittering masses.

If sold at the previously rumored $18 billion mark, Twitter would be a big bite for Snap to swallow, but not a complete impossibility. Notably, both firms have billions in cash, which could make a tie-up interesting from an accounting perspective. At the same time, $18 billion would constitute 56 percent of Snaps current valuation, using Google Finances tallies for both firms.

Why is Twitter for sale? While the media-popular social network has a solid user base that has continued to grow, its growing at a glacial pace. Meanwhile, investors, especially public market investors, want to invest in rocket ships, not icebergs.

It isnt hard to summon a clutch of reasons why a Twitter-Snap link-up would prove interesting.

Snap is already lining up strategic partnerships (and large investments) with big media companies like NBCUniversal, and live events like the Olympics are big part of that. Twitter has worked along similar lines to bring live sports content to its own platform.

Snaps media play already has some points on its board. As NBCUniversals chief executive wrote in a memo to his staff first reported by Re/code:

Most notably, we produced a pop-up Discover channel which featured Olympic content produced by BuzzFeed. Throughout the Rio Games, this content generated over two billion views. On the heels of that success, we are already planning an expanded partnership with Snapchat and BuzzFeed for the 2018 Winter Games in South Korea. Our entertainment programs have been among the first shows to launch a Snapchat series, including The Voice, SNL and E! News The Rundown. We expect to launch even more Snapchat shows with additional NBCU brands in the coming weeks.

Buying Twitter would give Snap another live platform that draws millions of viewers from the blue birds big deal with the NFL. As others have written, sports content is going to be critical for Snaps success as a platform. And as Twitter makes a push into e-sports, it could open up another significant streaming market.

There are other potential advantages to buying Twitter from the Snap side of things. The company has different demographics from Snaps millennial media mavens, attracting users whose income doesnt necessarily depend on an allowance from mom and dad. SnapTwitter could pitch advertisers a way to reach individuals from their youth through to adulthood inside a single social entity.

A Twitter buy also allows Snap to pitch products to a new demographic without diluting its brand: Snap could protect its dominance among millennials, while still expanding its reach without fear that a younger generation would leave the platform after seeing it overrun with olds.

For Tom Goodwin, a senior vice president of digital strategy at Zenith Media, Twitter adds a thin layer of content that makes Snap more horizontal and lets it compete with some of the other players who approach content distribution in a more multi-pronged way. It moves from being a channel to a cross-channel player.

Finally, Snaps acquisition could take the social networking fight to Facebook after being on the receiving end of several lumps from the social networking giant. A more visually minded Twitter could conceivably compete more aggressively with Instagram and be more of a challenge to Zuckerberg & co. on their own turf.

Facebook itself is more than an explicit threat to Snap. Some observers expect that Snap will eventually monetize at Facebook-like ARPU levels. That seems difficult, given the per-user information advantage that Facebook enjoys over Snap. Twitter lies somewhere in-between, implying that it might be able to help Snap push its ARPU higher than it could on its own. Perhaps.

Positives aside, there are significant problems with any scenario in which Snap comes in as a White Knight for Twitters troubled social network.

For one investor we spoke to, brand dollars are easier for a video-centric product like Snap to capture than Twitter. Whatever data Twitter has may also be meaningless for a company like Snap, the investor said. That could limit corporate synergies across ad budgets.

Another executive in the media business opined that adding Twitter could open up usership and a new audience, but at an extremely high overhead; that opinion was seconded by a banker. For the deal to work, Snap would have to gut Twitters headcount and reduce its infrastructure costs, they both said (although, given the high cost of its own infrastructure and how that impacts its bottom line the Twitter buy could give Snap instant scale).

For Snap to go down that path, there would need to be a turn in market sentiment with respect to their growth curve, the executive said of both companies.

In fact, a Snap acquisition of Twitter would probably have been viewed more favorably if the deal was done while Snap was still a private company, the executive claimed.

Beyond the problems with investors, Twitter has talent retention issues that have been widely reported in the media. Rapid-fire departures are either a vote of no-confidence in the business by those exiting, or an inability to manage the demands of keeping talent in place by management.

Finally, there are Twitters well-documented problems with the developer community and its almost comical inability to make money off its active user base. For Snap, which has been pushing away its own influencers through heavy-handed tactics, it may not be a great bet to align itself with another poor talent manager.

Still, the parlor game of who should buy Twitter continues to flit its way through the Valley. One investor friend thinks its Salesforces opportunity to lose, while another thinks the most likely buyer would be Softbanks still-forming multi-billion dollar fund or one of the big Chinese internet players (whod view the company as a massive foothold in the U.S. market).

While the Snap-Twitter tie up has a number of potential positives and downsides, its worth keeping in mind that any marriage of the two platforms would only work to cement the winner-take-most style of the social space. Consider the companies both dying and dead that Snap left in its wake. If it consumed Twitter as well, the social landscape would constrict further at least in the United States to something approaching a duopoly.

Capitalized messaging companies that have failed to raise capital in recent years total at least 12. That list of social startups has raised a combined $739 million to date. If they fail to find an exit, all that illiquid capital could disappear. And if Snap buys Twitter, the move could satiate its appetite for acquisitions for years to come.

Big bites, etc. If Snap stops buying, who else might have enough capital and gumption to get purchasing? It isnt clear. Twitter could, therefore, act as a blocking agent in the event of a union with the younger Snap.

Snap is the new kid, Facebook the big brother. If you already spurned your eldest sibling, perhaps a battlefield alliance with the middle child is a prudent possibility.

The enemy of Zuck is my Jack?

Alex Wilhelm is the editor-in-chief of CrunchBase News.