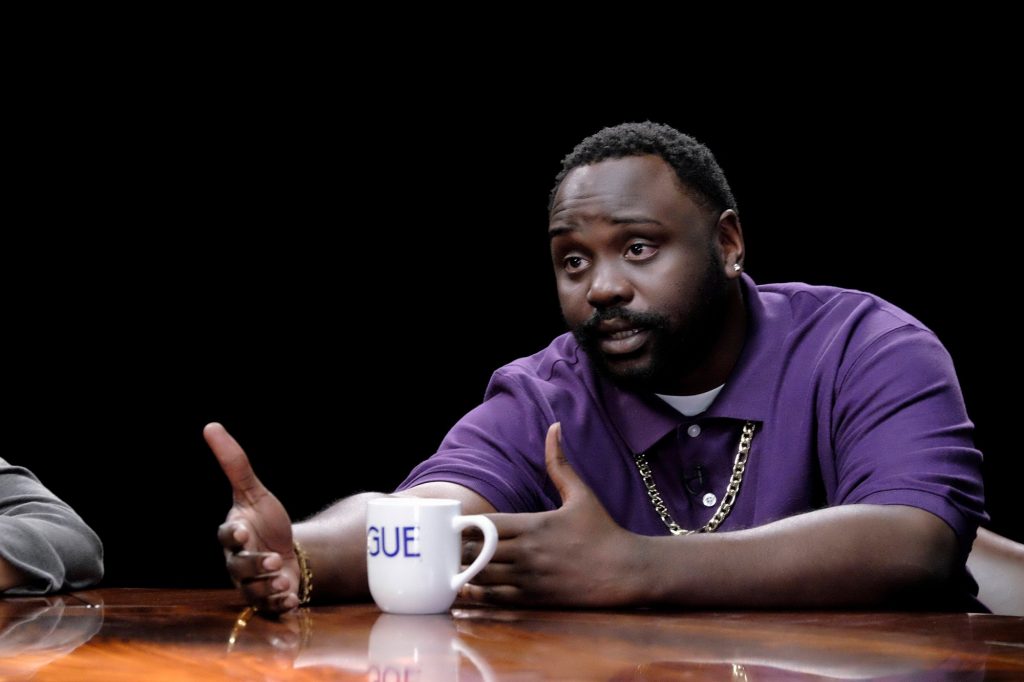 Donald Glover’s brilliantly unconventional show takes on the Rachel Dolezals of the world in its seventh episode. Warning: spoilers ahead. “>

From the start, Donald Glovers Atlanta has been a highly unconventional TV show. Its 30 minutes long, but its definitely not a sitcom. Its ostensibly about the rise of an underground rapper named Paper Boi and his cousin/manager Earn Marks, but in its first six episodes, it has frequently veered away from that narrative, choosing mood over plot at nearly every turn.

Atlanta is the first show Glover has conceived and created on his own, after spending time writing for and acting in broader TV comedies like 30 Rock and Community. Instead of hiring TV veterans, he brought on writers like his brother Stephen Glover, who had never written for television before, along with director Hiro Murai, who had mostly helmed music videos. With no rules to guide them, the team has managed to deliver the freshest and most surprising show of the fall season.

The pilot opens with a tense confrontation one character describes in the moment as crazy dj vu, a joke that only comes into focus when the scene begins to repeat itself at the end of the episode. The next week, Glover isolated the character he plays, Earn, from the rest of the characters in a jail holding cell for the majority of the action. In another episode, Atlanta cast black actor Austin Crute as Justin Bieber with no explanation. And this past week, the show turned its focus onto its sole recurring female character, finally giving the excellent actress Zazie Beetz the screen time she deserves.

But none of that approaches the big swing Atlanta takes with its seventh episode, which airs tonight on FX. (Warning: spoilers ahead.) Titled B.A.N., this installment, written and directed by Donald Glover, is essentially a show within a show on the fictional Black American Network. The premise finds Alfred Paper Boi Miles (the increasingly intriguing Brian Tyree Henry) as one of two guests on Montague, which looks and sounds much like Tavis Smileys PBS talk show.

We quickly learn that Paper Boi is there for damage control after he sent some tweets about not wanting to fuck Caitlyn Jenner. Confronted about his transphobia by both the host and his other guest, Center for Trans-American Issues head Dr. Deborah Holt, Paper Boi replies, I just dont have to have sex with Caitlyn Jenner because you say so. He doesnt dislike transgender people, he says. In fact, he just found out they exist.

Watching the episode, we keep waiting for the talk show construct to break and the real show to resume, but it never does. The only reference to Donald Glovers lead character is when Paper Boi looks off-screen and calls his name to complain about not getting paid for the appearance. Keith Stanfields Darius, a consistent presence on the show up until now, is nowhere to be seen.

And any viewers who DVR Atlanta will want to be careful about fast-forwarding through the commercials. Thats because the episode includes a number of dead-on parody ads for real brands, including a series of spots for the Dodge Charger that play throughout the show and dont pay off until near the end. Other ads for Arizona Iced Tea (The price is on the can, though) and pre-dump Swisher Sweets play on some of the same racial stereotypes that the show has been tackling from the beginning. An extended animated commercial for Coconut Crunch-os takes direct aim at the issue of police brutality in a way the show has so far avoided.

But the episode truly enters uncharted territory during the second segment of the talk show, when the host presents a special report titled TRANS-RACIAL. The deadpan field piece follows Harrison, a black teenager who believes himself to be a 35-year-old white man. Using the language of the transgender movement, Harrison birth name Antoine Smalls has embraced a transracial identity and can be seen in B-roll footage playing golf and perusing a farmers market.

Asked by the correspondent when he first knew he was white, Harrison responds, Well, Ive always felt different. I go to the store or the movies and just be thinking to myself, why do I not get the respect I deserve? And then, it just hit me: Im white. And 35. As for the people who dont get it, Harrison says, they just dont understand that race is a made-up thing. He also talks about his plans to get an experimental surgery to complete his transition.

The piece is not just laugh-out-loud funny, but also brings up some of the same questions about race and gender that were raised most recently during the uproar over Rachel Dolezal.

Dolezal, a chapter president of the NAACP in Spokane, Washington, had been passing herself off as an African-American woman when her white parents essentially outed her for misrepresenting her race. Like the Harrison character on Atlanta, Dolezal told interviewers that she identifies as black.

As The Daily Beasts Samantha Allen wrote at the time, By expressing her racial identity in this now-familiar I identify as format, Dolezal is drawing a direct parallel between her own fraudulent behavior and transgender identity in a post-Jenner moment when the public was beginning to accept the latters psychological legitimacy.

But just as some conservatives used the Dolezal story to discredit the legitimacy of transgender people, many on the left used the transgender example as a way to help understand and accept Dolezal at her word.

By simultaneously parodying and giving voice to this idea of trans-racial identity, Glover seems to be representing both sides of the argument. On the one hand, Harrison argues that his parents generation grew up with labels that he just doesnt see. On the other, when Harrison appears via satellite later in the episode wearing a blond wig, Paper Boi laughs in his face, saying, This is dumb and You look like a fake Ellen DeGeneres. The punchline comes when Harrison admits that despite the discrimination he has faced, hes against transgender rights and same-sex marriage.

Perhaps the truest expression of what Glover and the shows writers believe comes through when Paper Boi admits that hes afraid to speak about issues like these. You cant say real shit anymore without somebody making sure you never make money forever, he says, adding, Its hard for me to care about this when nobody cares about me as a black, human man.

I dont have a problem with gay people, trans people, because thats tolerance. But wheres tolerance for people like me? Paper Boi continues. Look, I should be able to say something thats weird without people hating on me. To those who find his lyrics offensive, he has three words: Freedom of speech.

Thankfully, no one can take away Glovers right to keep saying weird things with Atlanta.